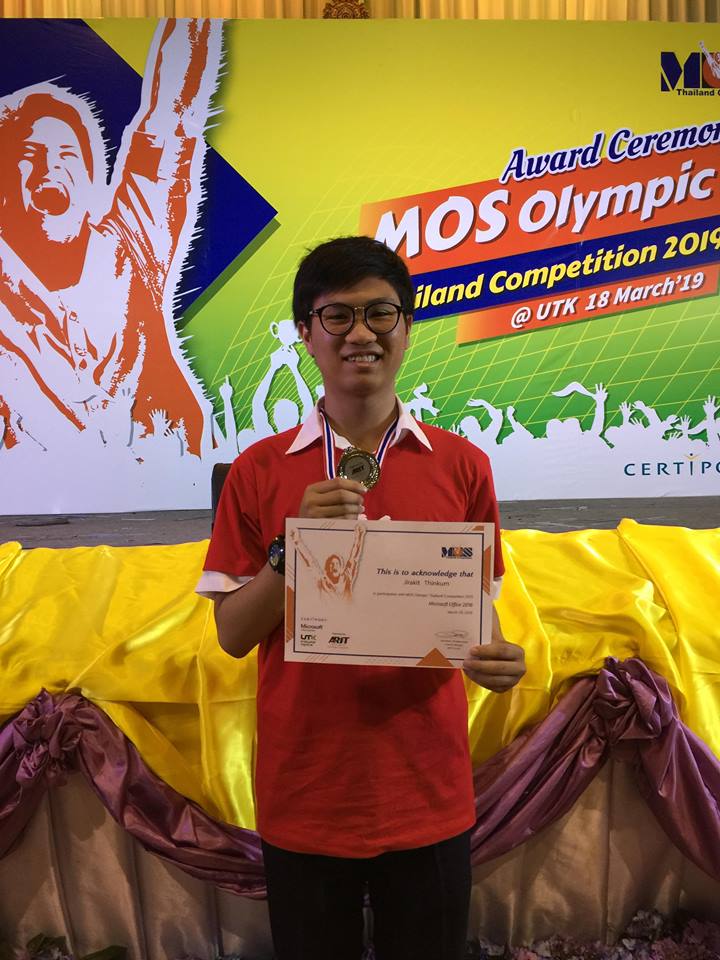 MOS Olympic Thailand Competition 2019 was held by ARIT (IT-IT Academy) that aimed to support the student’s IT abilities and use the technology in the moral and ethics way following Thailand 4.0. Moreover, Mr. Jirakit Thinkum was coached by the ARIT staffs and CIS teachers. He got 3 prizes including: